The Bill Powers Sabbatical was developed by employees of Badger Mountain Vineyard and Powers Winery in honor of Bill Powers. This sabbatical awards up to $5,000 to a professional employed in the Washington wine industry to travel to an established wine-producing region of the world and learn about an aspect of winegrape growing or winemaking that furthers their professional career and benefits the Washington grape and wine industry.

The Washington Wine Industry Foundation manages the Bill Powers Sabbatical and this year the Board of Directors selected two recipients: Brooke Robertson and Jay Krutulis.

Robertson will travel to regions across Northern and Central California to learn about growing head-trained vines from the early pioneers of wine grape growing. Robertson started her career in Napa Valley where she was born. Robertson got her first Bachelor degree from Oregon State University where she learned how to think about the culture of winegrowing, then the viticulture and enology program at Walla Walla Community College taught her the “how”. She continued her practical education at Hayne Vineyard, California, and then Torbreck, a winery specializing in Rhone varietals in the Barossa Valley, Australia. Upon her return to the States, Robertson finished her master’s degree in viticulture at California Polytechnic State University. In 2017, Robertson transitioned into running her family business – SJR Vineyard. Robertson also created the first Vineyard Technical Group that serves Walla Walla Valley growers to further education and ideas.

Krutulis will take a sabbatical to Bordeaux, France, Merlot’s spiritual home to learn from leaders about site selection, vineyard planting, growing, training, and other considerations unique to Merlot. He is keen to bring back knowledge and elevate Washington Merlot. After a 17-year legal career, Krutulis moved to Seattle and fell in love with the Washington wine industry. He decided to pursue his passion for wine, and he and his wife moved to Walla Walla, where he graduated from the viticulture and enology program at Walla Walla Community College. After graduation, Krutulis worked on the winemaking team at Tranche Estate and Corliss Estates and as Cellarmaster for Tranche. Soon after, Krutulis partnered with Matt Reilly and together founded Prospice Wine. 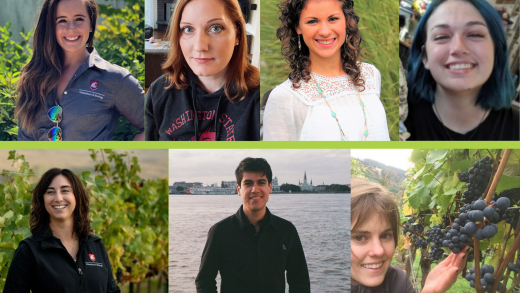